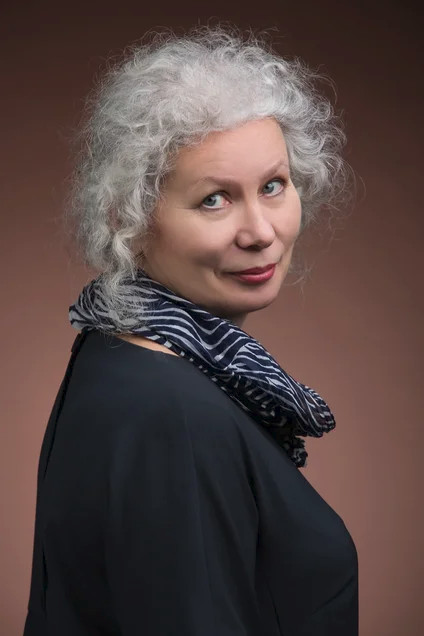 Doctor of Science in History, Professor of History and Philosophy Department of Cherepovets State University, Editor-in-Chief of the journal ‘Historia provinciae – the journal of regional history’.

You are reading an online journal ‘Historia Provinciae – the Journal of Regional History’, which is included in the List of Peer-Reviewed Academic Journals where major scientific results of theses for academic degrees of doctor and candidate of sciences should be published in the following scientific specialties:
07.00.02 National History (Historical Sciences)
07.00.03 World History (of a corresponding period) (Historical Sciences)
07.00.09 Historiography, Source Study and Methods of Historical Research (Historical Sciences)
07.00.15 History of International Relations and Foreign Policy (Historical Sciences)
The journal is included in the Directory of the Open Access Journals (DOAJ).
First and foremost, our journal addresses historians, but we will be glad to co-operate with researchers in other fields of social and humanitarian knowledge since interdisciplinary approachesseem most appropriate for considering the phenomenon of the province and the region. We focus on the broader understanding of the term region. A region is a part of the country, such as Northern European Russia and the Urals (if we speak about the Russian Federation), and at the same time it is a certain part of a continent, such as Southern Europe or Central Europe if European vector of history is implied. We welcome both interpretations of the concept region and hope that the broader interpretation together with the combination of different approaches results in publishing new research materials that could be of interest both for scholars and for other inquisitive readers.
Our journal is published in parallel in English and in Russian. The bilingualism of the journal appears to us to be of utmost importance in the globalizing world on the one hand, and on the other hand, in the situation when the authors reading and writing in Cyrillic might be isolated from the trends of modern scholarship available in the Latin letters. The journal publishesfull-text versions of all the articles in both languages, and translation is free of charge for the authors of the journal.
An essential feature of the journal is its availability and openness of all its materials. The journal is published online only and is available to all Internet users. It has no print version, so the texts can include visual material, maps, charts and pictures which are usually omitted due to technical difficulties and high cost of printing services. We consider visualization to be one of the main ways for modern man to process reading matter and encourage the authors to use more visual material in their texts, which facilitates better presentation of the papers and gives aesthetic pleasure to the readers.
The journal publishes research articles, historiographical review articles, discussion materials, research notes, short communications, book reviews.
The issues of the journal are themed, which means that the greater part of the articles in an issue is devoted to a certain subject. However, the scholarly ‘lower half’ of the table of contentsof an issue, an ‘appendix’, may include research notes, reviews, short communications, and articles that are not directly relevant to the theme of an issue

Cherepovets State University,“Historia Provinciae – the Journal of Regional History”, Cherepovets Branch of the Russian Society for Intellectual History,
Center for Medieval Culture Studies at History of Philosophy Department of St. Petersburg State University
26-28 June 2020
in Cherepovets hold the next session of the Interdisciplinary scientific theoretical workshop on the subject
“THE PHENOMENON OF DIALOGUE: PHILOSOPHICAL AND HISTORICAL ASPECTS”

The dialogue as a phenomenon of European culture is an invariable attribute of various historical traditions and intellectual practices. Since the times of Socrates and Plato the dialogue has had the status of a specific genre of philosophical literature. What is more, it can be said that dialogism, polyphony, “agon” were inherent in all the ways of polis life of the ancient Greeks. In the Middle Ages there were also numerous works written in the style of interlocution and the dialogue between a teacher and a pupil, or as the discussion between the representatives of different religions (suffice it to mention the well-known treatises by Peter Abelard, Anselm of Canterbury, etc.). In the Renaissance period the tradition was continued in the works of Nicholas of Cusa, and one of the works of most significance for Modern European science was symbolically entitled “Dialogue Concerning the Two Chief World Systems.” Further development of philosophy and science, however, resulted in consolidation of the universal character of truth and denial of its polyphony. In this regard, after the tragic peripeteia of the twentieth century there is an urgent need for comprehension and implementation of different forms of the dialogue as a special style of thought.

The form of participation in the workshop is in-person; registration fee is not charged.
If you are interested in taking part in the project, please email the subject of your paper and brief information about yourself and you scientific status no later than
15 January 2020.

All costs for attending the workshop are covered by the sending organization. Providing that grant support is obtained, the Organizers Committee will be able to
partially refund the expenses of the participants.
Applications for participation should include the subject of the paper and are to be emailed to the head of the Organizing Committee, Doctor of Science in History,
Professor of Cherepovets State University Olga Y. Solodyankina olga_solodiankin@mail.ru
The Organizing Committee reserves the right to reject the submissions which do not correspond to the subject of the workshop. 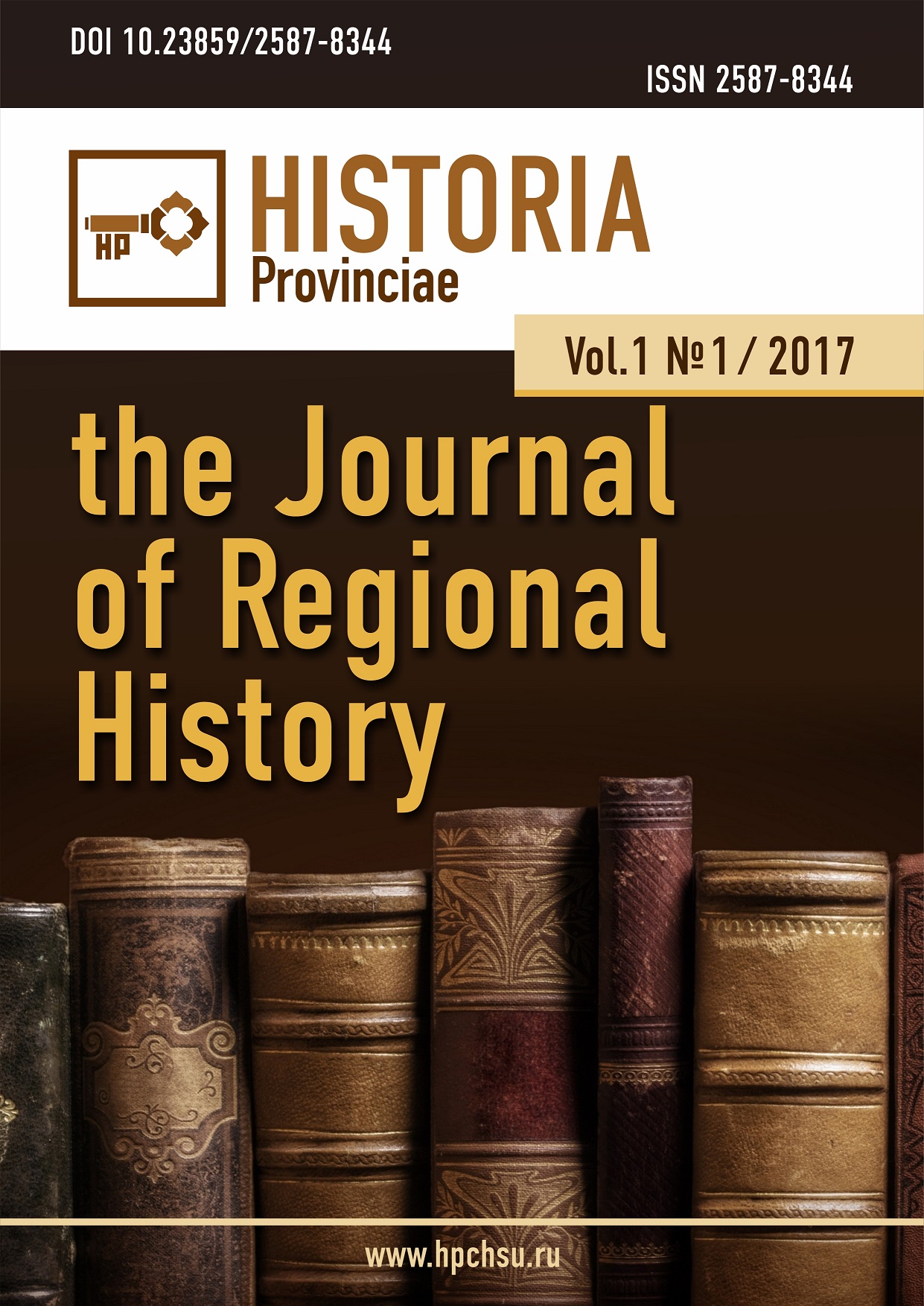 The journal ‘Historia Provinciae – the Journal of Regional History’ was founded in 2016. It is published quarterly (4 times a year).

The journal publishes articles in the following special subjects:

More about the journal

Members of the editorial board are responsible for preparation, publication and contents of each issue of the journal. Editorial board is in charge of the backlog of manuscripts. 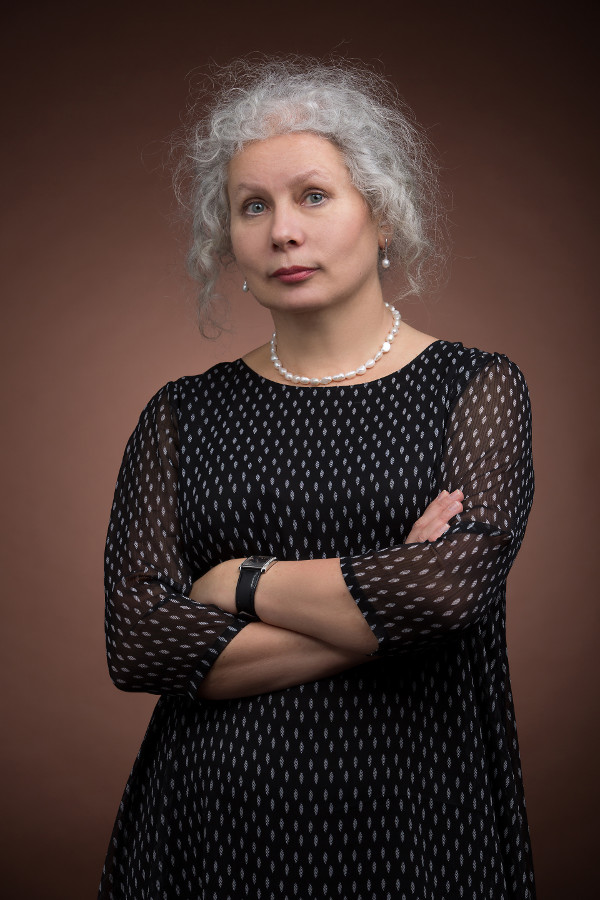